In the Beginning God CREATED… (Gen1:1)

Usually about once or twice a year I speak for Creatives, those that want to write a book, a screenplay, paint, create a film, be a photographer or other expressive endevor. I love sharing how God sometimes just drops a project, complete with a title, right into the lap (heart, mind) of a creative. Here are three quick examples:

Bill and I had just taken over leadership of a small church in San Diego county. Bill was the Lead Pastor and I 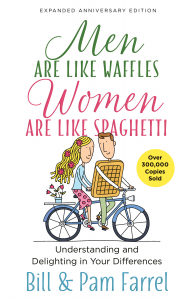 was Director of Women’s Ministry. We wanted to make a difference in our new community, and we thought because we were athletes and were raising sons who were athletes, perhaps donating time to run youth sports might be a way to reach out. Bill was serving as President of the Youth Basketball League and a man approached him at the gym.

“You and Pam seem to have a good marriage, and you are a Pastor, right? I think my wife might be broken. Do you ever counsel couples?”

Bill answered “Sure thing” and set up and appointment for the husband and wife to come into the office. When they entered Bill’s office, Bill said, “How can I help you today?”

The husband turned to his wife and said, “Go ahead” She began talking from topic to topic to topic. The husband looked at Bill like a deer in the headlights and said, “She does this all the time.”  Bill knew the research on the biological differences between men and women. That men compartmentalize and women integrate in their thinking,  and that God created the differences:

So Bill shot up a quick silent prayer and said, “Think of the way her mind works as a plate of spaghetti, every noodle connects to every other noodle. She travels through those noodles making connections. she is connection her life to you.”

“You lean in and listen” Then Bill taught him how to do active listening and his wife talked for 55 straight minutes! Then she sat back with a sign and a smile and ask, “If I am like spaghetti, what is my husband like?”

Bill checked his watch and said, “That will be next session!” Bill began praying for a food analogy for men compartmentalizing and one morning as our sons were making toaster waffles for breakfast, up popped a waffles and Bill thought, “Aha! Compartments!”

The next week in session, Bill explained that “Men compartmentalize. Each issue is a box. Men are problem-solvers by nature, so each issue is in a separate waffle-box. They deal with one issue at a time. Today, your husband wants to talk through ONE issue.” 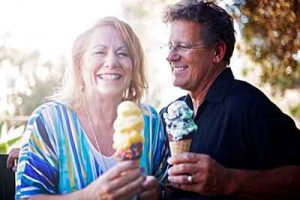 So Bill helped the couple stay focused and they solved a long-term issue that had been sending them toward divorce. That simple illustration healed this marriage so the next weekend we shared it at a small marriage date night where the weekend program director of the largest talk radio station was in attendance with his newlywed wife. He loved the waffles and spaghetti illustration and invited us to meet the station manager. On the way to the meeting, we prayed God would allow us to share HIM and HIS Word and relationship principles.  When the station manager walked in, he said, “Well, Bill, I hear you are a pastor, and I would assume you would share God’s love and God’s principles for relationships.”

BAM: A radio program lead to a book contract and the bestselling Men Are Like Waffles, Women Are Like Spaghetti book was born! (Then came the couple’s devotional, singles version, teen version,  and small group curriculum. Soon it was translated into 15+ languages.

After writing a few books about marriage with a chapter on intimacy in each, couples were asking for a 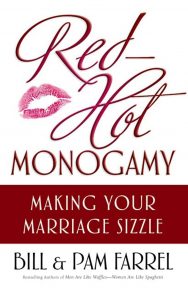 book completely focused on sexual intimacy in marriage from a biblical worldview– but it needed a title.

On our 25th wedding anniversary, at a dinner dance celebrating our love, our friend and musician Anita Renfroe got up to sing and said, “We’re here to celebrate Bill and Pam’s righteous Red Hot Monogamy!”

Our friends at the front table said, “That’s a great title!” Anita heard this and said, “You can use it, girlfriend!” So we did!

52 Ways to Wow Your Husband

I wanted to write a book for wives that would give them a nugget of God’s wisdom for their marri9age, a real life romantic example, and some fun date nights that would last an entire year. I wanted the book to put a smile on a husband’s face. As I prayed one Sunday, my husband preached and made the comment that other Pastor’s say, “Amen” when they get excited about a passage but that Bill says, “Wow!” (And that is not all that makes my husband say, “Wow!” ) So 52 Ways to WOW Your Husband: Put A Smile On His Face became the title.

If you have a creative idea that God has sent your way, or if  it is just a seed of a desire, water that idea by attending a conference for Creatives. I will be speaking at one at the Potter’s House in Longview, TX  and I would LOVE for you to join me (and several VERY talented creative presenters and leaders). Details and Registration here. 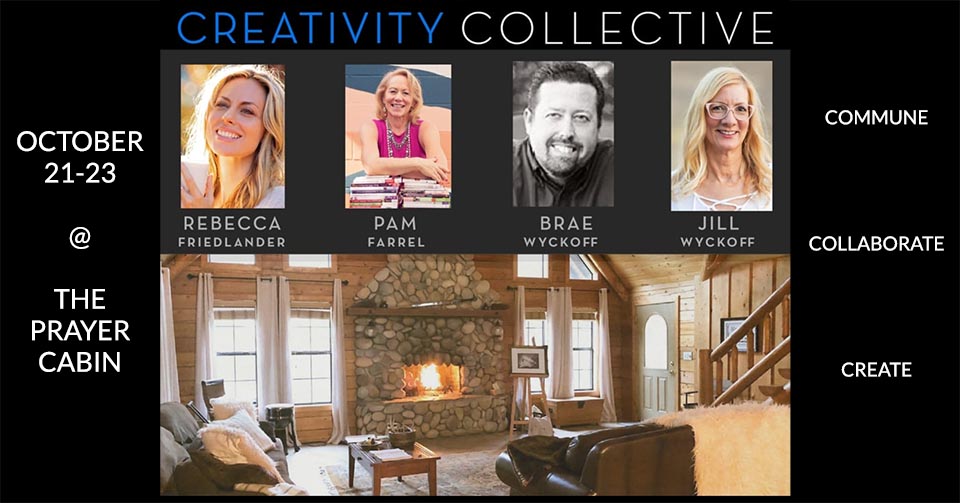 Pam Farrel is the author of 58 books including several bestsellers and award-winners like the Discovering the Bible series, including the newest Discovering  Good News in John: A Creative Bible Study Experience (coauthored by Pam, Jean E Jones, and Karla Dornacher from Harvest House Publishers.) 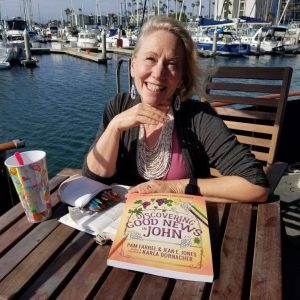 More about the Farrels: Love-Wise.com

How to Have Your Best Relationships

Being thankful is an attitude you cultivate year after year. This year, I was in…

Last week, my body had an unexpected crash. We first thought perhaps it was a…